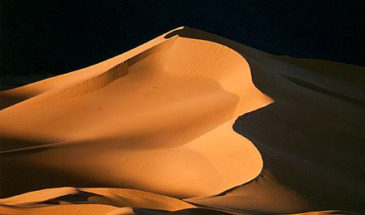 3: Karima
Visit the Jebel Barkal and the necropolis of El Kurru

4: Karima
Excursion in the Nubian desert and to the 4th Cataract

6: Meroe
Visit to the necropolis and to the royal city of Meroe

7: Meroe
Day excursion to the Naga and Musawwarat temples

3: Karima
Visit the Jebel Barkal and the necropolis of El Kurru

4: Karima
Excursion in the Nubian desert and to the 4th Cataract

6: Meroe
Visit to the necropolis and to the royal city of Meroe

7: Meroe
Day excursion to the Naga and Musawwarat temples 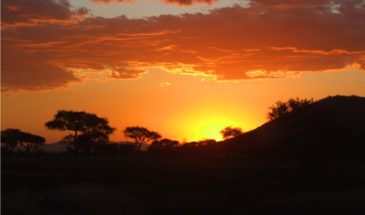 3: Nekemte – Gambela
Drive to Gambela, at bank of Baro river, a previous famous commercial point with Sudan. Lunch on the way; dinner & ON in hotel

4: Gambela
Drive to the Nuer & Anuak people. With scarification all over their body, they leave at bank of Baro river, and are fishermen and hunters. ON next to a village (or back to Gambela)

6: MizanTeferi – Tulgit
Drive to the unique Surma people. Here women wear circular or trapezoidal shaped plates into their lips. Men have different scarification all over their body. Lunch on the way; dinner & ON camp near to Tulgit

7: Tulgit – Kibish
Drive to Kibish, admiring very nice views. Visit the Surma people around Kibish. With luck we’ll participate to a donga game, which is a stick fighting ritual. Lunch on the way; dinner & ON camping

8: Kibish
A full day for the Surma people. ON Kibish

9: Kibish – Adikas
Drive to Adikas & proceed to the Omo National park. It is the biggest and richest of fauna park in Ethiopia. Late afternoon game drive. Dinner & ON camp

10: Adikas – Nyangatom
Morning game drive. Then drive to visit the Nyangatom people and their villages, with their particular culture and way of life. Dinner & ON camping, next to a village

11: Nyangatom – Mursi
Continue to the Omo river, and visit the Mursi people. Women put circular plates into their lips; men scarifications to indicate the number of enemies or wild animals killed. Lunch on the way; dinner & ON camping, at bank of the river 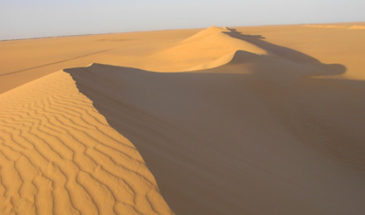 01. FRI. Arrival at Khartoum airport. Meet with the guide, and transfer to the hotel. Meals free and ON Grand Holiday Villa Hotel or similar

02. Visit the Archaeological Museum that, besides many beautiful objects, contains two beautiful temples rescued by UNESCO and moved from the Lake Nasser area, when it was flooded by the water (the visit to the Museum can be moved on to the last day according to opening time). Then we drive to Wadi Muqaddam. We will stop at the “chai houses”, tea houses. In the afternoon reach the Nile in the town of Merowe
Lunch on the way; dinner and ON at the Nubian rest house

03. Visit Jebel Barkal (“Jebel” means mountain in Arabic) where at the foot of this red sandstone mountain, considered holy since the ancient times, there is a big temple, dedicated to the Pharaohs of the New Reign and to their patron, Amon. Amon’s ancient “Pure Mountain”, the Olympus of the Nubians, was the religious Nubian heart for more than 1000 years. The Royal necropolis of the ancient city of Napata, the Nubian capital (from 800 to 400 b.C.) before the Meroitic period, had a large number of pyramids, located in three different places.
We then move southwards to the village of El Kurru where there is one of the necropolis of the ancient capital, Napata. Here we can visit two tombs, which are excavated in the rock under pyramids – partially collapsed – and are totally decorated with images of the Pharaoh, of the gods and multicolour hieroglyphic inscriptions. The trip goes on with the visit to a site, rich in fossil trunks in the desert. Later in the afternoon we cross the Nile to reach the Pyramids of Nuri.
Lunch on the way; dinner and ON at the Nubian rest house

04. We enter the Bayuda Desert, an area bounded by the loop that the Nile forms between the 4th and the 6th Cataract and characterised by sharp black basalt mountains, most of them volcanic and typically cone-shaped. They alternate with level pebble stretches and large valleys crossed by dry wadis, where little vegetation can be seen. It is very likely to meet isolated groups of Bisharin nomads, who live in familiar groups in small huts, with their caravans and herds of camels and donkeys. We then reach the town of Atbara, located on the confluence between the Nile and the Atbara River. We proceed south when, all of a sudden, we can glance at more than 40 pyramids, located on top of a hill, that belong to the Royal Necropolis of Meroe.
Lunch on the way; dinner and ON tented camp of Meroe

05. Visit the Royal necropolis of Meroe where several pyramids stand out with their sharp shapes against the clear sky. Each one has its own funerary chapel with the walls fully decorated with bas-reliefs that show the King’s life and offers to the gods. The excavations confirm that the town of Meroe used to cover a large area and the royal city was located in a central position, surrounded by suburbs and a boundary wall. Most of the area where the city is located, formed by many small hills covered by red clay fragments, has still to be excavated by the archaeologists.
Lunch on the way; dinner and ON tented camp of Meroe

06. Visit the two archaeological sites. The site of Naga is located about 30 km to the east of the Nile and it is one of the two centres that developed during the Meroitic period. In Naga, in a typical Saharan environment with rocks and sand, we find a temple dedicated to Apedemak (1st century a.D.): a wonderful building with bas-relief decorations depicting the god with a lion’s head, the Pharaoh, noblemen and several ritual images. A few metres away there is a small and odd construction with arches and columns, named “kiosk”, in which we can notice Egyptian, Roman and Greek styles, all at the same time. Not far away we reach another temple dedicated to Amon with many statues of rams and beautiful gates decorated with bas-reliefs. We then go to Mussawarat, not far away from Naga. This settlement is located in a beautiful valley crowned by hills. Here the ruins of a very big temple are visible; it once played an exceptional important role. Its main characteristic, the Great Enclosure, is made by many constructions and boundary walls which surround a temple built in the 1st century a.D. The large number of elephants represented on these walls makes you think that this animal used to have an important role in this area. Beyond the big wadi there is another temple dedicated to the god Apedemak. In the afternoon we reach Omdurman, ancient capital of Sudan. Visit to the interesting souk, where it is possible to buy some typical local handicrafts. Transfer the to Khartoum.
Lunch on the way; dinner free and ON Grand Holiday Villa Hotel or similar

07. 3 hrs before flight time transfer to the airport for your flight.

The itinerary can be run in opposite direction without any changes for visits and excursions.

We also suggest extension to tours in Ethiopia as the Historic route or Omo valley or the Danakil depression or the people of the north-west or the Surma people, or tours to southern Sudan, or the fantastic beaches and lakes in Djibouti or Zanzibar or Monbasa, or to the parks in Tanzania or Kenya (see our programs)